Today I started two new pieces of work. I have been waiting, biding my time, to make paintings on the unprimed new canvases. This has been slightly daunting. I can’t really explain why but I think it returns to making without a focus after the MA. I had been working on the collaboration for quite a significant chunk of last year which was driven by dialogue. This work is a step away from collaboration and Trace Dance, while still building on similar ideas. It combines the investigation of lines and drawing with explanation of repetition, pages and encounter. 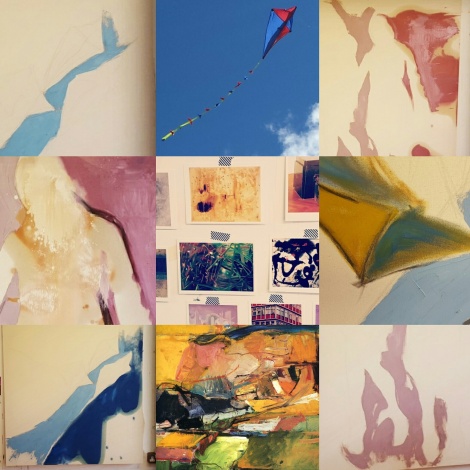 I chose some images from my lines folder – kite and figure – drawing and repeating the images at different angles. I added thick oil using a palette knife so it would stick to the unprimed surface, painting the space between elements to emphasise the edge or join. I then used a very diluted shade of a similar colour to stain the surface to create a slight tonal contrast. Applying this to unprimed canvas created a beautiful velvety matt surface which unusual shadowy watermarks. I worked with the negative space and tried to deal with colour in blocks and stains, referencing my image grab from TATE, new postcards and a Richard Diebenkorn image (have been admiring the thick flats of colour and drawingness in the surface). 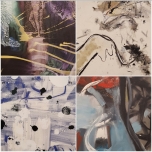 I used graphite to draw into the wet oil to add visible drawing. The lines correspond with edges, not necessarily the join of colour but edges that may or might be. I got in a bit of a tangle with the blue piece when I introduced yellow but I think I managed to resolve this reasonably before leaving the studio by obliterating some sections. I paused with the pieces so I would have the opportunity to consider the next making options, and because the paint was very wet and I didn’t want to move the existing planes of colour. The unprimed canvases lets a lot of the turps run through so I imagine it will take a while to dry. Luckily, as per usual making habits I have a few surfaces to work on. There is something odd happening with colour but I’m going with it. I don’t want to be literal but I have a particular colour palette that I have started to work in. Work in the collaboration became very pastel although I am working with similar colours as a starting point I am using more saturation so that the blocks and spaces are more apparent like in Bacon’s work. I was really excited by the pieces today and it was empowering to make instinctively again. Of course I am already thinking about breaking down some old canvases to restretch for new pieces. I am curious about the lines between, the encounter of space with space and shape with shape. Not abstract but simplified. Staining and drawing. Accidental and intentional lines. 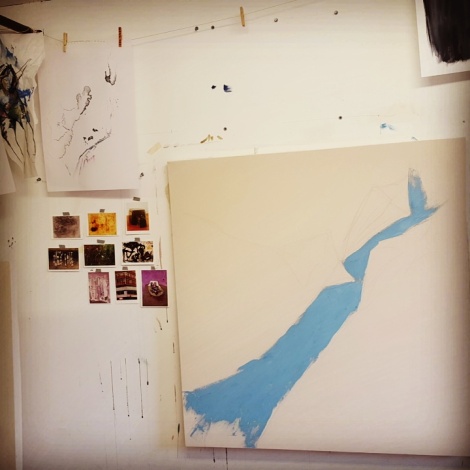 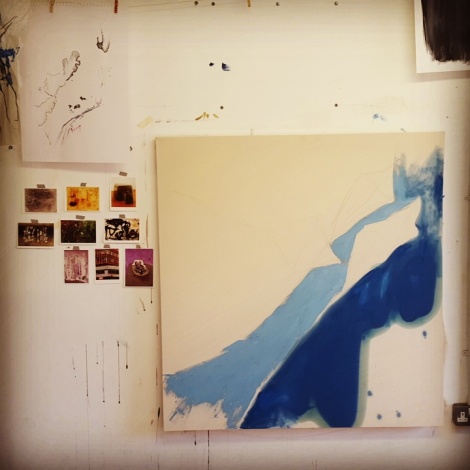 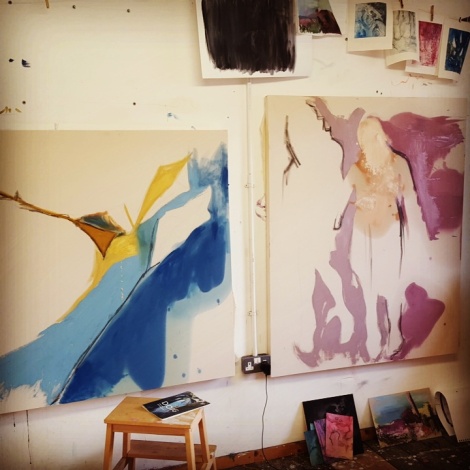 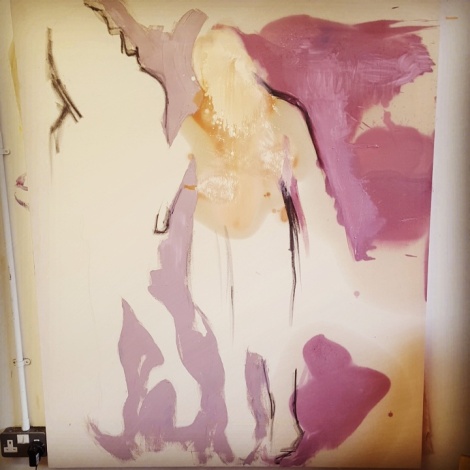