I got to the stage when I started to develop my ideas further in this final stage of the project, when I realised that I didn’t have the right visual material to my work forwards. I took guess another series of photos using fabric to secure the figure. This was directly inspired by my trip to Florence where I was really interested in the way that the sculptures had drapery which obscured parts of the body and sort of seem to strangle and wrap around figures partway through movement. In a series of photographs, I had three models myself and two others are very young girl and another adult female. We used quite heavy fabric to twirl around our bodies as we moved and I imagine that this would look like there was some sort of conflict still, which links with my earlier photos of struggle, but possibly conflict with the self. I printed about 250 photographs, this was after careful editing and selection. I felt it was really important to have a lot of images so that I could combine and further edit and crop, taking limbs from one figure to another, and making figures interact with themselves at a different stage of movement. Are used tracing similar to Jenny Savile to record the figures outlines. This helped me to bend combine different combinations of figures moving, to begin to consider new compositions for paintings. I wanted to show movement, and a sense of tangling, wrapping, and general struggle. Possibly some sort of fight, or a child being led away by another child. I hope that this would bring a sense of menace, or suggestion of something that might happen in the future, linking with my research into narrative painting. Below are some of the drawings layered and combined to devise different compositions. I then selected, and refined from these combinations of figures to take forward into the larger paintings. 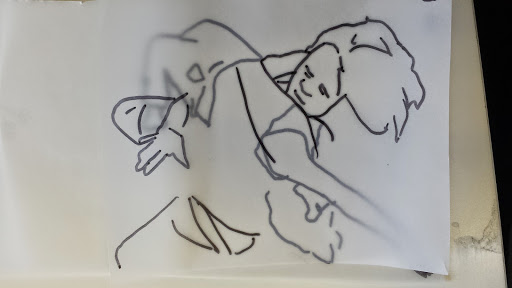 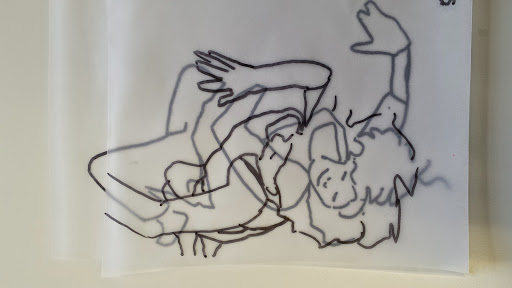 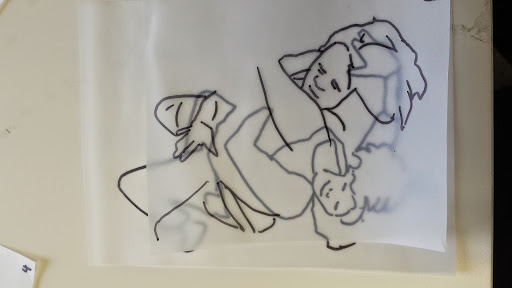 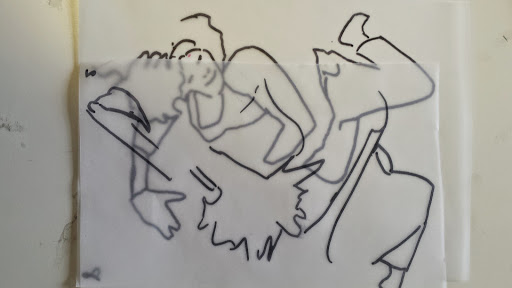 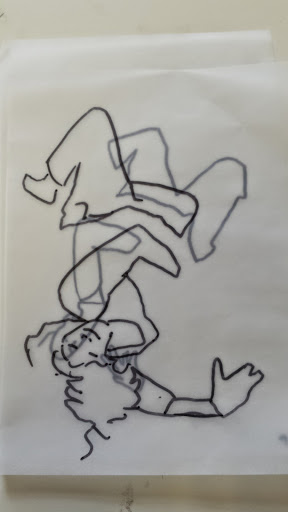 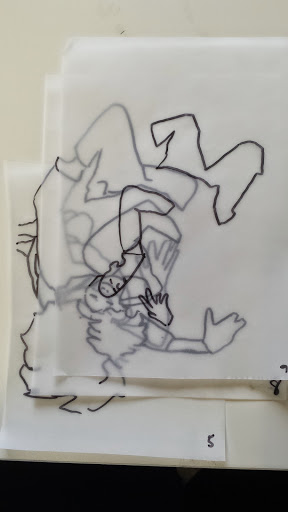 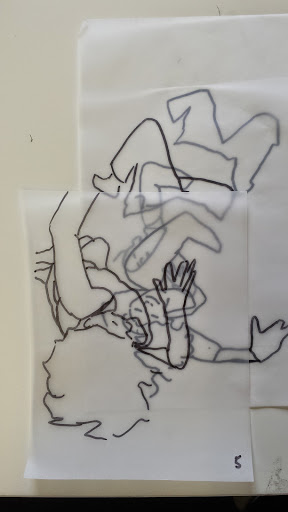 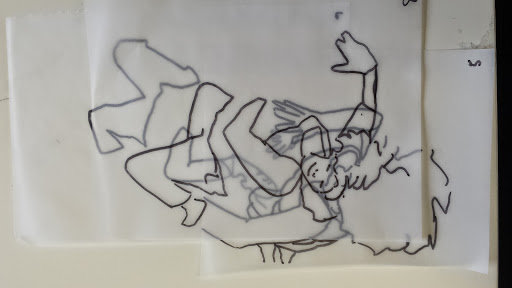 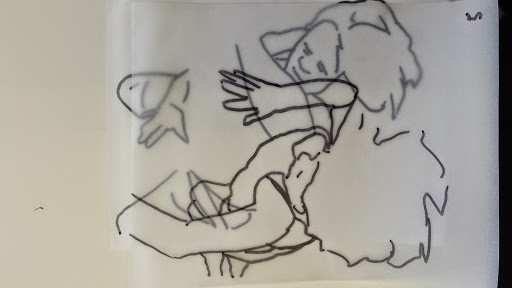 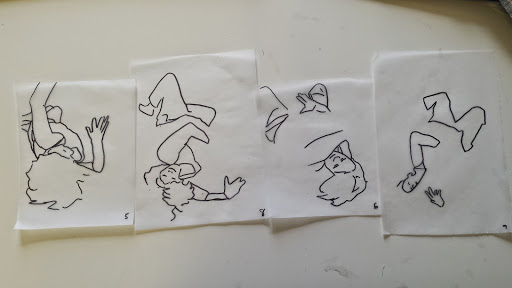 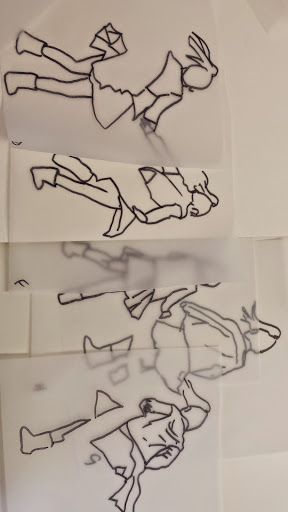 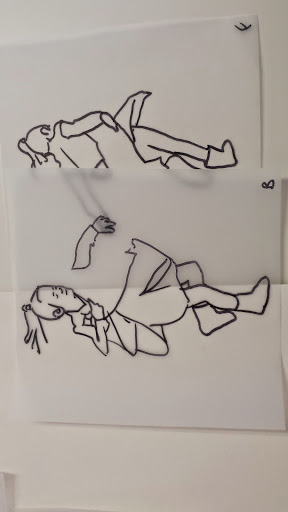 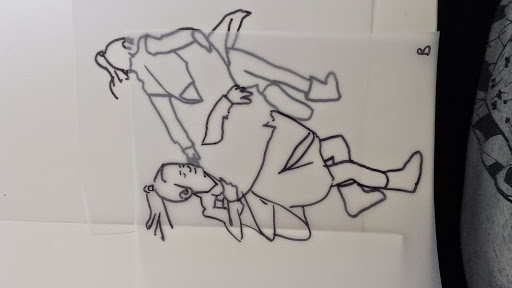 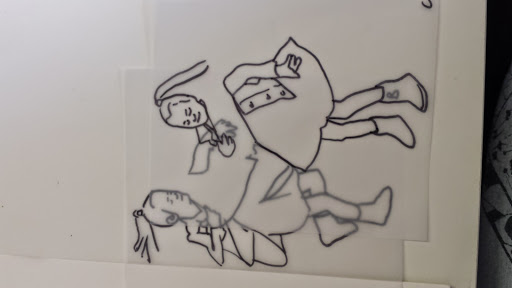 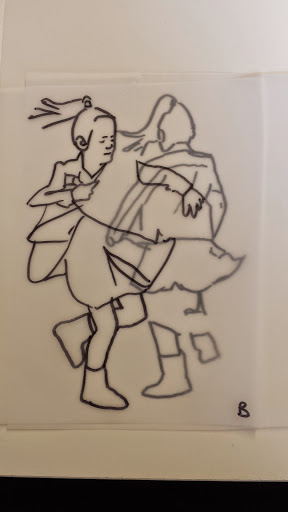 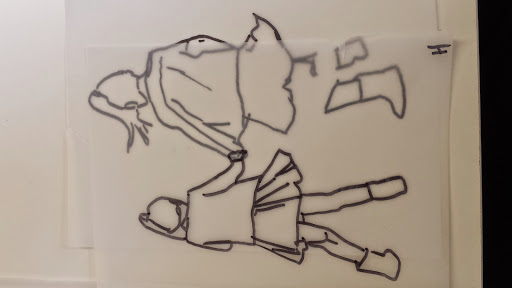 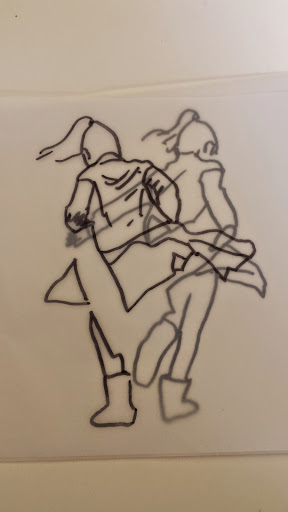 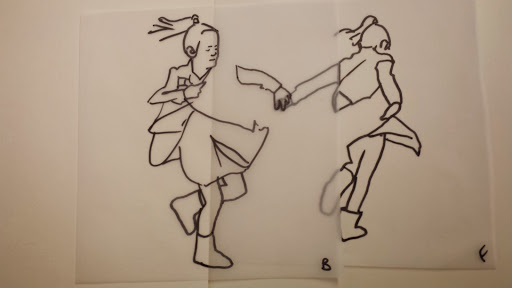 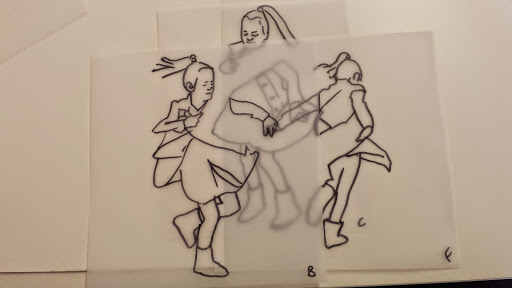 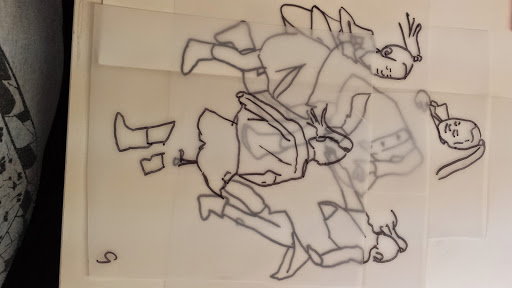 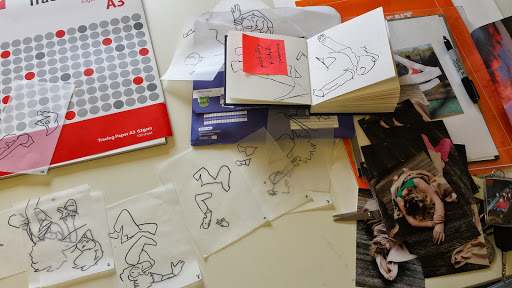