Caroline suggested that  I look at Joshua Sofaer’s Namesake performance. 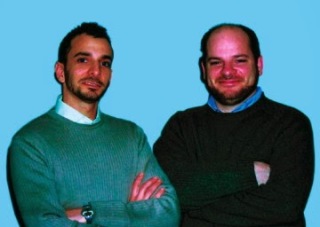 http://www.joshuasofaer.com/2011/09/namesake-the-story-of-a-name/
‘Namesake is a live performance combined with a rich multi-layered audio track. The narrative follows the journey of an artist – Joshua Sofaer – to discover the roots and reverberations of his name.’
‘Part documentary, part autobiography, Namesake is at times humorous and at times provocative. It asks us to imagine what our lives would have been like if our parents had called us something else instead.’
Again the element of performance is coming into play…and the alternate truth. What would your life be like if you had been born as the other version of you? What happens at the point when both of  your potential selves meet?
http://www.joshuasofaer.com/2011/12/namesake-whos-performing-whom/

There is parallel and corresponding world and life attached to the other version of ‘you’.
‘It can be bad luck to have a namesake. It can be a matter of life and death. For Deepak Patel it was fatal. Admitted to Northwick Park Hospital in London on 24th April 2001 and diagnosed with meningococcal septicaemia, his life saving medicine was given to somebody else with the same name [6]. He died.’

There is a difference between doppelganger and namesake – less a case of mistaken identity and more a alter-reality. Is there a hierarchy here? Who is the original? Is a part of one stolen by the other? It seems irrelevant until both parties become aware of each other…